VS Code is a relatively lightweight editor with a core set of features. It is up to the user to extend the editor to their particular needs through extensions. In fact, many core features are written as extensions. You can see the builtin extensions by searching with “@builtin” in the extensions sidebar. 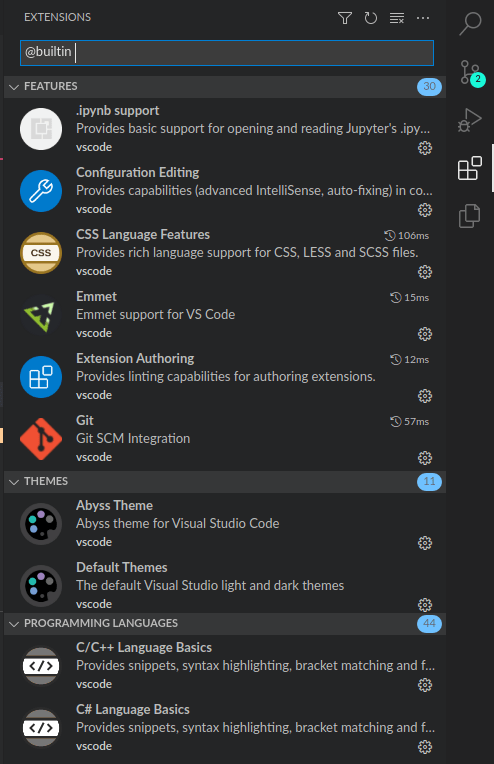 The thing is you don’t need to belong to a particular camp. If you understand a bit more about VS Code, you can be more pragmatic, and do what suits you.

Central to this is the recognition that at one time, only a portion of your extensions are loaded. As you can see in the previous screenshot, extensions such as CSS Language Features and Emmet are builtin to VS Code, would you expect them to be loaded always?

I wouldn’t, and they aren’t! We will explain more on this in the next section.

Also, you should recognise what your perceived performance of VS Code is. It is probably based on the initial time it takes to load the editor and become active, and how long it takes you to do certain actions. This is affected by what extensions are loaded for your typical project, when they are loaded, and if they are well behaved (well written).

I will show you how you can see what extensions are loaded, and how extensions affects performance generally. VS Code has added some visual cues to the UI to make this easier recently.

When are extensions loaded?

Extensions are conditionally loaded based on their Activation Events.

Some of the common activation events are:

To find out the activation events for an extension, you can look at the extension details in the extensions sidebar. They are shown on the “Feature Contributions” tab. It may be right at the bottom, see the yellow box in the screenshot below. 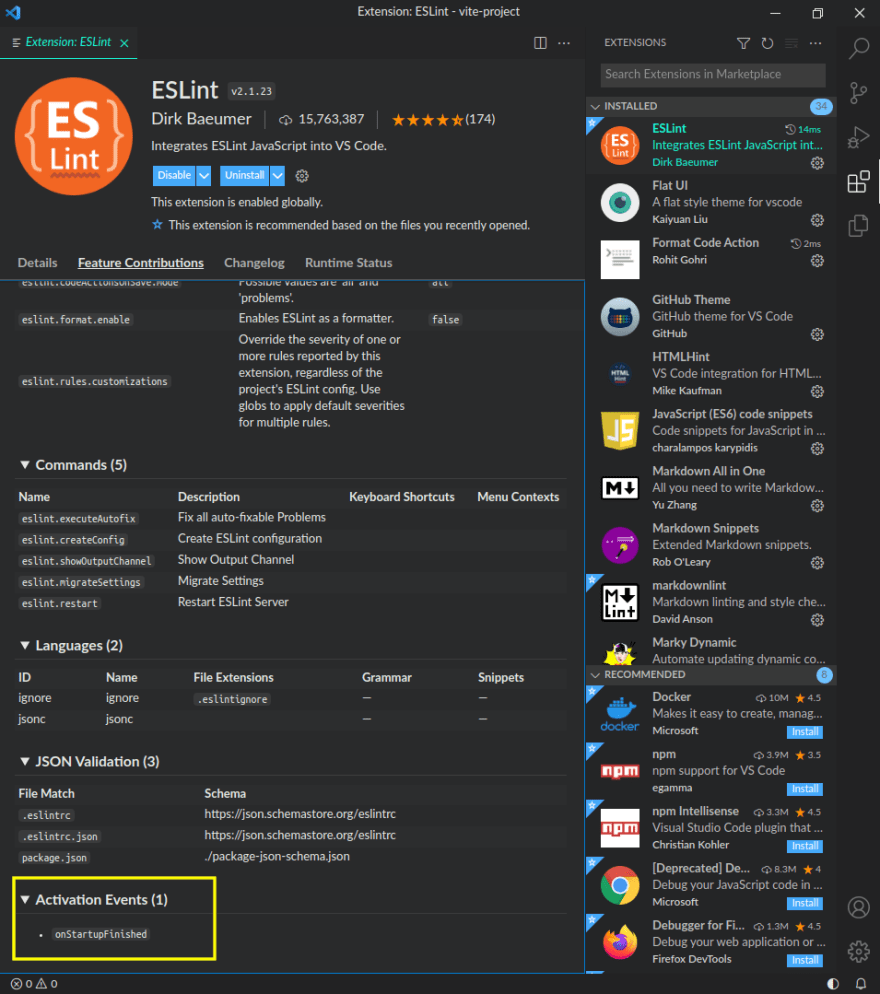 Generally, you will find that:

You hope that the author of extension doesn’t take liberties and always load their extension!

How do I check which extensions are loaded?

You can see a full list by running the command Developer: Show Running Extensions to get the basic stats about the running extensions. 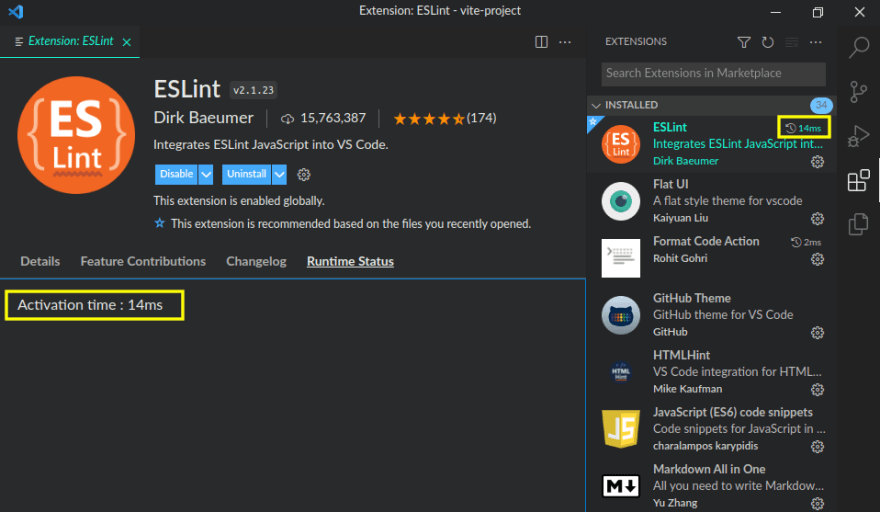 By clicking on the extension, you also see this info in the “Runtime Status” tab also (see second yellow box).

How do I review performance?

I think the simplest way to see where you are is to load VS Code without any extensions from the command-line with code my-project --disable-extensions, and then compare to open it with all your extensions code my-project. Open some files in your workspace to ensure you get a realistic impression.

Is there a big difference? If there is, review your extensions.

I wrote a more detailed article for FreeCodeCamp on this topic, VS Code Performance – How to Optimize Visual Studio Code and Choose the “Best” Extensions, you can give it a read if you want to know more.

I took an the extra step of writing a few of my own extensions. I found Markdown All in One was quite slow. It loads in 263ms, and it has a lot of features that I don’t use. So, I wrote 2 smaller extensions to meet my needs more specifically: Marky Edit and Marky Dynamic. They both load in approximately 5ms!

You shouldn’t be overly concerned with the number of extensions you have installed. This is the wrong way to think about it. The important thing is to recognize the impact an extension can have on initial startup time of VS Code, and how an extension behaves on a typical project for you. When you install an extension, do a quick review of the activation events of the extension, and see how it performs generally. You won’t go too far wrong if you do this habitually.